Journey to the Heart of Organic Sunflower Oil Production – Part 1

The Netherlands, which can be translated to mean “the low-lands” is purported to be one of the lowest countries in the world, with one third of the country below sea level.  As my flight descended into Amsterdam Airport Schiphol, I was able to survey, from a bird’s eye view, the voluminous amounts of coastline surrounding this beautiful country and the many waterways within. My mission for this excursion to the Netherlands on a cold, rainy day in early November, was to meet the founders and staff of Spack International’s parent company, Spack b.v., and to familiarize myself with their expeller and refining facilities.

I was greeted at the airport by the original founder of Spack, Mr. Olaf Spaargaren, a charming and intelligent man who entertained me with a bit of his interesting history as we made our way to my hotel in Brielle.  Spack commenced as a small trading company, specializing in conventional vegetable oils and fats, in Rotterdam in 1977.   Olaf’s father had lured him into this line of business and Olaf proved to have quite a nose for the industry and his vision for growth was quickly realized. In the 1980’s, a filling line in Eindhoven was acquired by Spack and Olaf’s siblings, Manon and Marcel became involved in this ever-growing empire.  It was also at this time that the family decided to focus on health food stores and targeted organic ingredients as the wave of the future. Throughout the years that ensued, Spack’s expansion included moving two more times to larger space to house and facilitate its crushing, storage and filling functions.  As the car winded its way towards Brielle, Olaf explained all this in impressive English, accented with strong Dutch nuances.

After about a 90 minute ride, I felt like I was stepping back into time as we approached Brielle. An historic and fortified seaside town in Western Netherlands, Brielle presents itself as a quaint town and a close-knit community.  I checked into my hotel and freshened up, then met Manon and Olaf for lunch and a glass of wine at a charming restaurant called De Hoofwacht.  Following lunch, the hospitality of these two gracious hosts continued as they took me on a scenic tour of Brielle, capturing the highlights of the town’s picturesque windmills and centuries old forts and retaining walls.  We drove by the nearby port, populated with giant container ships stocked full of material waiting to be loaded and shipped worldwide.  Fun fact: The Netherlands is one of the world’s 10 leading exporters. I learned so much valuable information on this short jaunt to Holland.  Not just about the country I was visiting, but also about the commodity and organization that I was now employed to represent to the U.S. and Canada.

Let’s take a brief look at the amazing history of sunflower.  The wild sunflower is native to North America and was a common crop among American Native American tribes, with evidence suggesting its origin in present day Arizona and New Mexico around 3000 B.C.  Sunflower seed was pounded into flour for cakes, mush or bread as well as mixed with other vegetables such as beans, squash and corn. It was cracked and eaten for a snack and some references indicate squeezing oil from the seed and making bread. Spanish explorers transported the plant to Europe in 1500, primarily for usage as an ornamental flower, where it became widespread throughout present day Western Europe.  In 1716, an English patent was granted squeezing oil from sunflower seed.

In the 18thcentury, sunflower became popular as a cultivated plant and by 1830, the manufacture of sunflower oil was done on a commercial scale.  The Russian Orthodox Church increased its popularity by allowing sunflower seed oil to remain on a Lentin authorized food list, while most other edible oils were prohibited.  By the late 19thcentury, Russian farmers were growing over 2 million acres of sunflower and this Russian sunflower seed found its way into the U.S. Research in the 1970’s showed that sunflower oil was a healthier alternative to traditionally-used saturated fats.  Europeans in particular, switched to sunflower oil products and demand quickly outstripped supply.  Over the past 25 years, the sunflower market has continued to grow and it now ranks as the fourth most important oil crop in the world, coming in just behind palm, soybean and canola.   Acknowledging the sunflower seed oil market was changing and growing, Olaf and his siblings became experts at identifying quality seeds and perfecting the art of processing seed into oil.  This was my reason for canvassing the countryside of the Netherlands; to become educated in all things regarding organic sunflower seed oil, from the experts themselves.

Check in here next week for Part 2 of this “Journey to the Heart of Organic Sunflower Oil Production” series to tour the crushing and filling facilities with me in Nieuwe Tonge and to learn all about the production process. 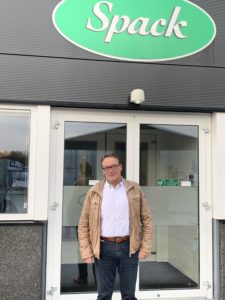 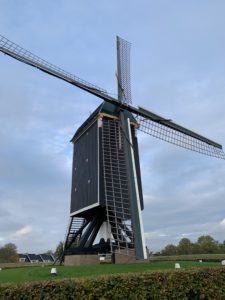 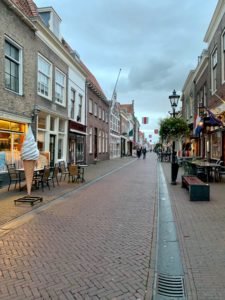 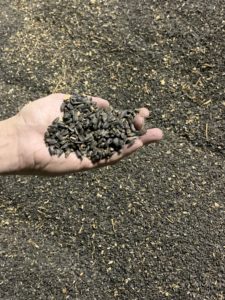 Journey to the Heart of Organic Sunflower Oil Production - Part 1